Welcome to the studios

Animations, comics and illustrations that go along different stories. A bunch of characters, each from a different world, are in charge to make everything roll in this place where we love to create without stopping for a moment, and where everyone share the same place: the Diegatus Studios.

You can watch crazy stories as in Insert Title of Fantastic and Epic Series, read thrilling stories filled with zombie action like Apocalipsis Frederick, or get yourself lost in magic and mistery along Small and Elusive. You’re the one to choose!

Here we are full of imagination, so explore as much as you want. Welcome to Diegatus Studios! 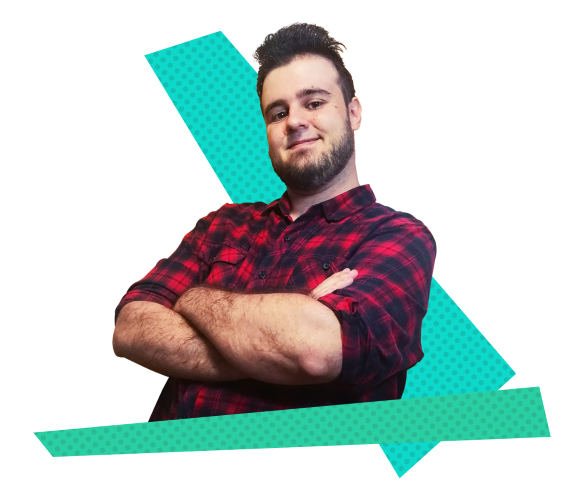 Behind all this madness someone has to be responsible for it, and the one to call from here is Diego Valero, or Diegatus, as one of his friends give that nickname to him.

Making drawings and comics from his childhood, Diegatus always has been creating and imagining characters and stories, some better than others, but in the end, doing something that he likes to do and that ended being part of him. He’s not the best, and nothing less, but he’s someone that likes to do something that makes him happy most of the time.

While all his projects start to accumulate and then asks himself how did he ended like that, Diegatus always looks for the best way to make the audience that read his stories feel something about the characters, environments, and the world of every project, from a smile to maybe feeling blue about it, because the target of you sitting down to read a tale is to go away from the world around you and experience something different out of routine.

All the creativity developed through his childhood has been going further, and then since 2016 the time came to give a place to that stream of imagination. Diegatus decided to put all his projects, recents and to come, under the same name: Diegatus Studios.

During the last years he has explored the worlds of animation, comics and graphic design, and has been learning to improve his abilities of drawing and illustration. He gets new things around his head every day, to be developed or to upgrade something that’s already done. Plus, all the feedback that he can receive about any project is always a good thing.

He thinks that even if someone does not considerate itself creative, everyone has the ability to create and imagine anything. Some people may take an hour, some people may take a day, and some a week or a month, but in the end, everyone is able to give imagination to life, especially if with that they achieve being really happy and realized with themselves.

Everyone has its own world. This is the one for Diego. Welcome to Diegatus Studios.

A look around Diegatus Studios 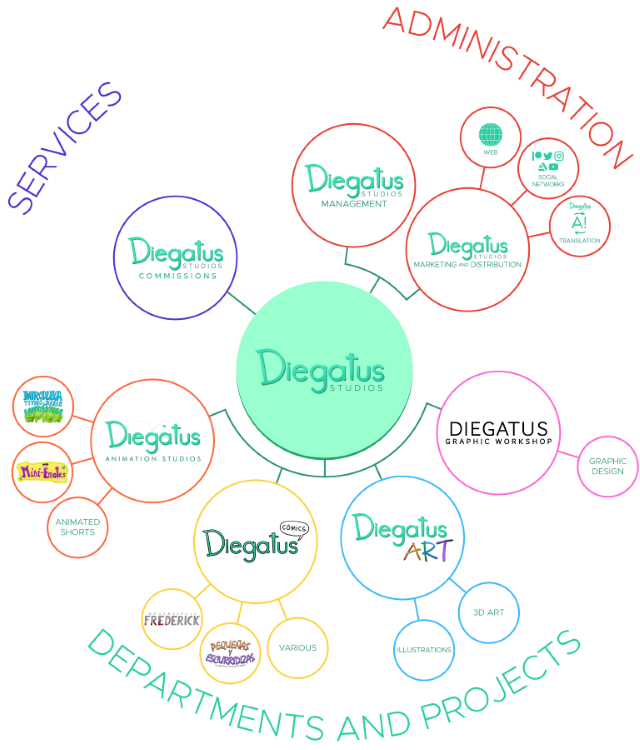 Insert Title of Fantastic and Epic Series: A series where everything is possible, without limits. This project was the first that joined the Diegatus Studios as a long duration series, as a project that is presented to be produced along some years as practice for animation and script, also, why not to mention it, to have fun.

Why Insert Tiltle of Fantastic and Epic Series? Well, it’s a title that lets you know it’s gonna be a bit weird and it opens the door to infinite possibilities.

Apocalipsis Frederick is a comic with an extensive script and zombis around it, where the main characters, played as anthropomorphic animals, will face the challenge to survive without losing their heads (metaphorically and literally). Adventure, action and emotions go inside this first comic series project from Diegatus Studios.

The story tries not to tell the classic zombi adventure, but instead focusing on how the characters have relations with each other and surpass different challenges that come on their way. This is a long duration project that’s been on the oven with the script under writing.

This is a project focused for editorial publishing, so any content or sneak peek is limited.

Small and Elusive follows various tales from Luna and Mary, two children that protect a magic and mysterious forest.

The first intention was to create a story with fantastic elements that works with its own logic, but the first part of the first tale wasn’t really a success, because it wasn’t really understand. With the audience feedback (wich is the best critic), its format was developed and improved for the following tales.

From the beginning it was a project for autoconclusive chapters, but after the arc of At the Other Side of the Forest (2019), SaE is following a path that implies character development and new arcs, but right now it’s not a priority project.

The Thousand Masks Gentleman is a character that mixes mistery and emotions. He does not have his own story neither a development as a character. He is used as a background character or just to show emotions that he feels through drawings. This character was created as someone that have an evil side. His mission is to bring joy, but taking it away from others, because he thinks that “it is not infinite”.